Once upon a time a searched the Internet for vocabulary trainers, but most of the results were not satisfying: in my opinion it is impractical to type the results for control and statistic purposes since this is to time-consuming. And nobody needs statistics in order to know whether he succeeded to learn 25 words or not. So I decided to program a simple command line program that asks for words and shows the answer after a distinct time. The words are chosen by a random generator which can sometimes lead to surprisingly fast repetitions, but believe me: real random generators work this way!

Windows users are usually unfamiliar with operating computers via shells, but it is the by far easiest way to communicate with them. Currently the program allows to switch between English and German as interface language. It has twelve commands only with which one can edit lessons and direct the training behaviour. You must create your own lessons since I deliver an English-German demo lesson with words unknown to me from Gilbert’s & Sullivan’s opera The Yeomen of the Guard only.

The main constraint of the command line is the lack of support for Unicode characters for world alphabets. My program is suitable for languages using a Western Latin character set only. There are macros for characters not available with English or German keybord layouts, f. i. {e:} for an ë (Dutch e with diaeresis). A list is shown with every new word.

The program is a Perl script that needs the Browser::Open module. You can download it here. It is started by typing perl learn.pl (there are no arguments). It asks for the operating language then and displays the command list. Windows users without Perl installed can download binaries (*.exe files) for Windows XP or higher (32bit) or Windows XP or higher (64bit) and start them with a double click as usual. The lessons consist of two files each with the extensions *.dir and *.pag. Never edit them with another program since this will destroy them definitively!

This software is published under the terms of the GNU General Public License 3.0. 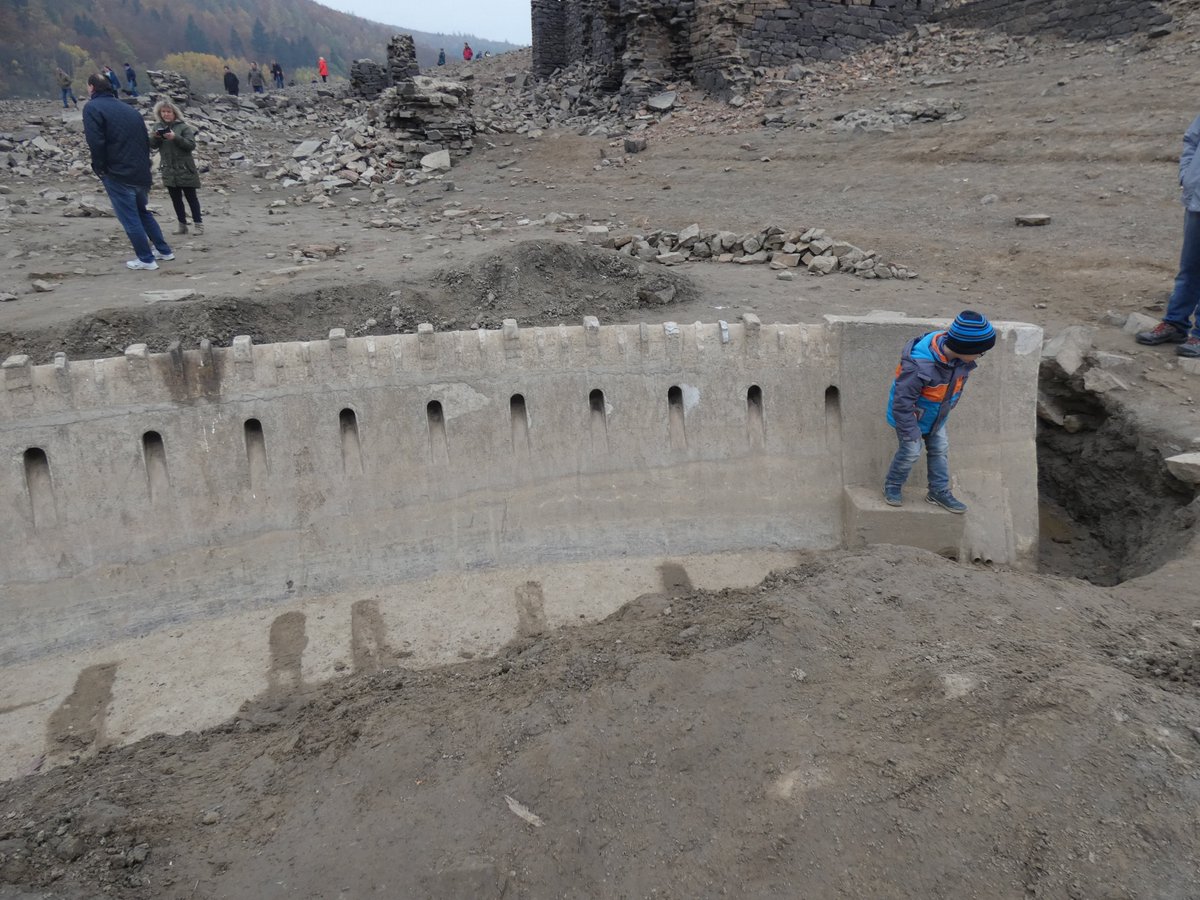 My #WordPress Plugin WP Tournament Registration has been approved today. Will upload as soon as I get the repository access. https://t.co/eV7h8hRPq7
View on Twitter 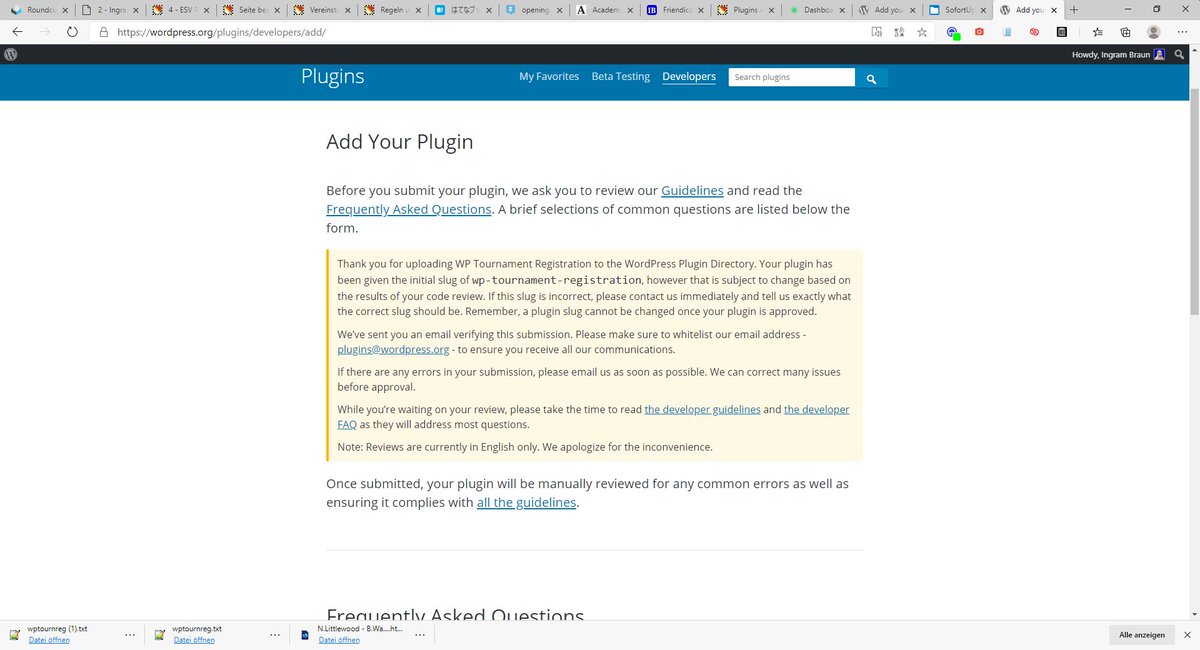 Auttomatic, the company that maintains #WordPress, runs its own repository for open source plugins and reviews them before release in order to avoid security or juridical difficulties. https://t.co/5Pt6yj9M10 https://t.co/nxz525xpaE
0
1
Ingram Braun @Ingram_Braun 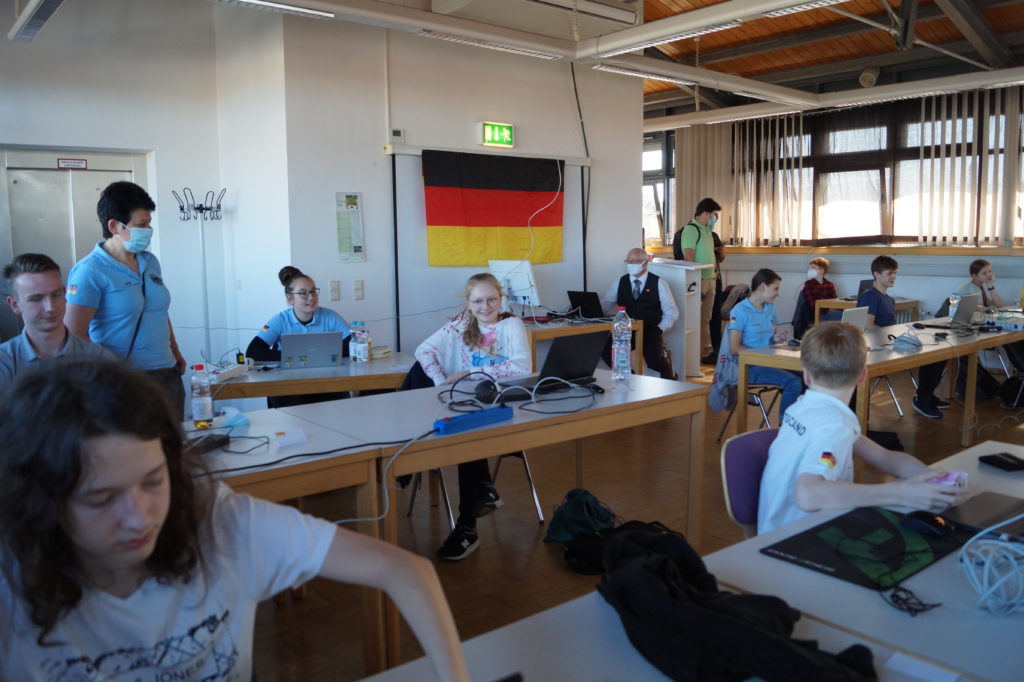